Get Fit For Brexit: Construction Opportunities in UK Ports

Home / Get Fit For Brexit: Construction Opportunities in UK Ports

With Britain’s exit from the EU leaving many organisations navigating turbulent waters, Barbour ABI is examining – over a series of articles – what construction businesses can do to prepare for uncertain times and best focus their resources.

One area that deserves scrutiny – and may be about to get an infrastructure boost – is the ports sector that underpins much of the UK’s import-export market. 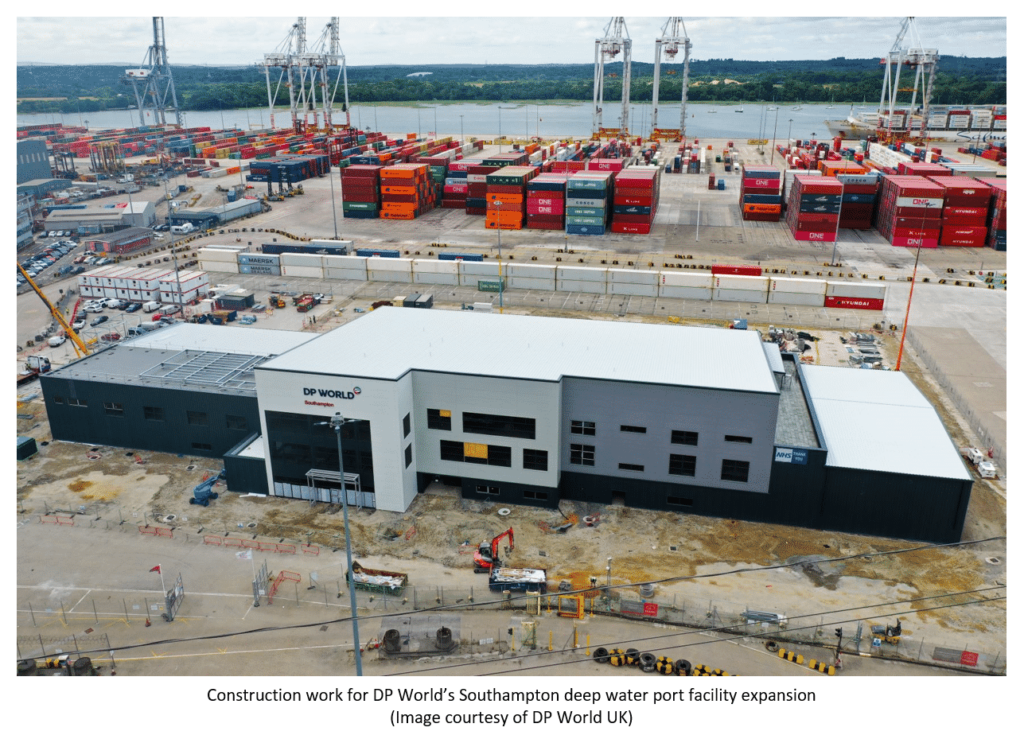 Martin Mannion, a director at independent port consultant MML explains that once the post Brexit situation becomes clearer, there may also be a window where pent up or delayed investments can be made and these may provide a short to medium term surge. This, he says, may help counteract some of the negative effects of Brexit on UK ports.

“Once things settle down, outside investors to the UK, pension funds and others are going to be more willing to make a commitment if the market’s clearer,” he says. “There will have been reasonably viable investments which will have been on hold.”

United Kingdom Major Ports Group CEO Tim Morris agrees and says there are additional factors at play currently driving the market and therefore transforming infrastructure needs. UKMPG is an organisation that represents nine of the top 10 biggest port operators and to get a sense of the traditional market’s size, its members traditionally spend around £500m per annum, a large slice of which is for civil engineering projects.

“Once things settle down, outside investors to the UK, pension funds and others are going to be more willing to make a commitment if the market’s clearer,”

“Our view, based on analysis and trends that are starting to emerge, is that it is likely we will see freight volumes between the UK and EU moving to a broader range of UK ports, predominantly along the east coast,” says Morris. “Almost regardless of a [Brexit] deal getting done with the EU, there will be border controls and checking requirements that put different costs and time factors on the short straits [the shortest conventional routes] and that incentivises people to look more closely at other routes.

It’s a view shared by Mannion. He says east coast ports are becoming more attractive to unaccompanied RORO freight. This detached lorry cargo is transported having separated from the cab, which mitigates queues on the UK side since there are no border checks on drivers that would otherwise use the Eurotunnel and arrive at Dover.

These changes equate to construction work that will be required to meet extra capacity requirements at ports which find themselves benefitting from increased tonnage.

“Our view, based on analysis and trends that are starting to emerge, is that it is likely we will see freight volumes between the UK and EU moving to a broader range of UK ports, predominantly along the east coast,”

Morris says that while not the primary influence, Brexit is a propellant for such changes that is likely in turn to drive infrastructure requirements. “There is an element of accelerated evolution,” he says. This isn’t idle speculation either. According to new UKMPG commissioned research Maximising EU/UK Trade Resilience Through Making the Most of the UK’s Ports, published in October, the scene may be about to change substantially. “You could be looking at a 22 to 60% move away from short straits traffic. It’s less road miles, more sea miles,” he says, acknowledging that this wide percentage range is a consequence of differing scenarios for how Brexit will play out. In any event, it’s a safe bet that changing needs will lead to an increase in construction contracts as ports reappraise new capacity demands.

But as Mannion points out, within the ports market there are subsectors confronting varying outlooks. “There are one or two other markets with issues that will delay investment. For example cruise obviously [faces] a short term impact for a year or two – that’s a slight negative. But in other [areas] there will be investment – and there has been – if you look at Tilbury 2.” He’s referring to the £1bn expansion of the Port of Tilbury in London, which announced in May that it was opening its new £250m roll-on/roll-off ferry terminal.
While the port is expanding to handle more bulk materials, it’s also gearing up to take RORO vessels from freight companies that wouldn’t previously have been using the port.

Another upswing of work will come from the government subsidy known as the Port Infrastructure Fund. This is a £200m pot that will support the development of border checking and processing infrastructure at ports, which are currently developing their bids for that fund right now.

“That could be infrastructure around hard standing, upgrading bridges and new border infrastructure that will be subsidised by the government over the next seven to eight months,” says Morris.

“In addition the government is providing something like £270m for the development of inland checking and border processing facilities,” he says. “That’s very much a live opportunity for [construction firms]. The facilities need to be substantially operational by 1st July 2021,” he says, adding that one example is work to develop a site at Ashford in Kent to manage goods vehicles arriving from the Port of Dover.

Aside from freight, Mannion says UK ports are set to benefit – and therefore expand – due to further investments in offshore wind farms. “Economies of scale and technology have kicked in to make it a more cost effective market. It’s more attractive for investors full-stop and subsidies have been weaned away.”

For ports, this means the construction of heavy load-out quays for the modules required for construction as well as operations and support bases for the farms once they are completed. It’s certainly an area which firms that supply to, or deliver, portside infrastructure should be keeping a close eye on, quite aside from those that actually build the farms.

Added to all this is the government consultation to establish free ports around the UK – free trade zones which remove tariffs on goods passing through them. This may sound nothing knew insofar as there have been UK free ports in the past. But these have not been particularly successful and have lacked broader development plans for the surrounding regions to drive symbiotic business growth that dovetails with a nearby free port.

The 2018 Mace report Supercharged free ports goes further and makes the case that the north of the country could benefit from a series of connected free ports and enterprise zones. The report goes on to state it’s “An idea we are currently prevented from fully implementing due to our membership of the EU Customs Union.”

“The government is in consultation to set out an ambitious agenda for free ports,” says Morris. “Our take from that is the appetite is very real and is supported by very senior members of the cabinet. For example it states it will consider more than ten free ports if there are sufficiently compelling bids,” he says.

“The way it’s been framed by the government and the UK’s port operators is for this to be a significant stimulus for investment and building. If it comes to pass it should be an opportunity for construction and infrastructure development. What has happened in the past in the UK is existing facilities have been re-designated as different types of storage and that itself hasn’t generated the economic stimulus that the government is looking for its current vision of free ports to deliver.”

“The government is in consultation to set out an ambitious agenda for free ports. Our take from that is the appetite is very real and is supported by very senior members of the cabinet.”

While the outcome of Brexit remains unclear, it seems to fair to say that construction businesses watching this space may shortly be winning work generated by port diversification on a number of levels.