Women in Construction – Gender diversity within the construction industry

Home / Women in Construction – Gender diversity within the construction industry 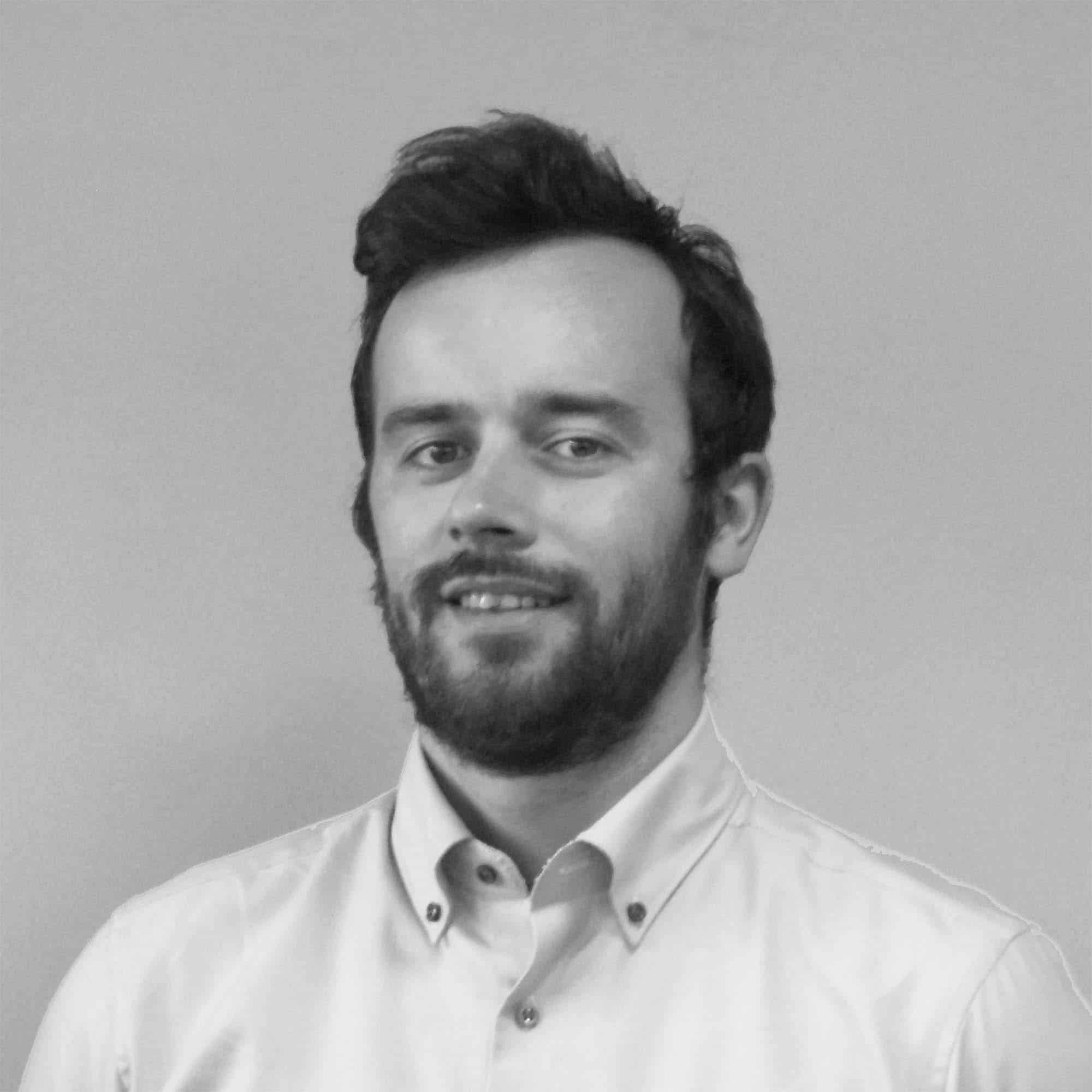 While we all know construction needs to up its game when it comes to gender parity, equally it must allow a level playing field so that women can reach the senior positions where they are so under-represented.

For this Q&A, I talked to Louise Williamson who leads Bam FM’s hard services and integrated facilities management divisions. I asked her how she got to where she is now in a male dominated sector and what firms must do to encourage and benefit from gender diversity in their senior management teams.

DAMON SCHÜNMANN: What inspired you to enter the industry?

LOUISE WILLIAMSON: I went to a girls’ school in Hull, and from the hockey pitch, I could see the Humber Bridge being built. That absolutely fascinated me, so when it came to careers advice, I said I wanted to build bridges.

How did that go down?

This was the early 80s and [I was told by a careers’ advisor] that that wasn’t the sort of thing girls do. I went back my parents and said ‘this is what I want’ and they backed me up. We went to the headmistress and my said ‘this is what she wants to do’. We’d [previously] been talking about archaeology at Cambridge and I said ‘no, I want build bridges’, and you can’t do that by going to Cambridge.

So what was your entry point?

I managed to get a sponsorship as a student with Sir Robert McAlpine who were way ahead in taking on women as civil engineers. I did a thin sandwich course and my first job was at Torness nuclear power station, just outside Edinburgh. It was the biggest construction site in Europe at the time, so talk about being thrown in the deep end… I think people thought I’d go on site for six months and then I’d go away and do archaeology. But I absolutely loved it and never looked back. That was it, I was sold.

It’s a male dominated industry – have you ever felt you’re treated differently, particularly when it comes to operational roles?

Yes, the problem is that there are very few women on site; you did get a strange reaction, but I was lucky as I was at Sir Robert McAlpine for eight years and then worked for a company called Birse Construction. [Birse] was in the process of realising, way ahead of their time, that diversity and particularly having more women at senior levels in the company would actually change their culture. They called it ‘transformation’ and were very keen on supporting women.

Still, it must have been challenging?

Coming from the day when there were Pirelli calendars [of women] on the walls and sites where there were no women’s toilets, those were the dark ages where the foreman would tell you ‘you should be at home doing the washing up’. I think those days have gone, and certainly when I worked at Birse, there was a lot of change happening around the culture of sites. That was where I got a break and became the first [woman] board member at Birse.

That must have been unusual?

At the time I was the first female engineer to become a board director for a UK contractor. I think there had been HR and legal board members, but I was the first as a female engineer. [But then] Birse was bought by [another contractor] in 2006 and it did feel like going back in time. I was offered jobs that weren’t necessarily where I saw my career going and it was just massively disappointing that the industry as a whole wasn’t really moving with the times.

What option did that leave you?

How did you manage to progress to a position of seniority, given that things were worse back then?

I think I was lucky. I didn’t have any female role models. But they had a mentoring system within Birse, which again, was ahead of its time and [company founder] Peter Birse himself was my mentor when I was on a regional board. When I had doubts I would have conversations with him. He was just like, ‘why are you thinking like that?’ I would say ‘this is going to be difficult’ [and he would say] ‘Why?’ You have to keep challenging yourself, but you need support from people who will [also] challenge you and say ‘why aren’t you doing that? Why don’t you go for that job?

How have you been helping Bam drive a change-agenda?

Bam’s group strategy is now very diversity and inclusion-led. [CEO] James Wimpenny leads the DNI steering group that I sit on, so we are leading from top to try and change culture. But the industry isn’t changing fast enough. I know it’s changed when I look back, and I think of all the things I’ve been through, but it still hasn’t gone far enough.

How can the industry level the playing field for women?

I think companies can only affect certain things. You can affect your recruitment, you can look at retention and you can look at progression. As an organisation, those are the things you can manage. And women have got to speak up. That would be my advice to women who are in organisations where they don’t have that support – they need to realise that they are the pioneers for the next generation, pushing that barrier. It’s not easy; the pathways are not always there for women in certain organisations. So, within Bam, that’s what we’re focusing on – recruiting people, retaining people and making sure they have that career progression.

What should men be doing to help the retention and progression of women?

Advocacy by men and women – supporting future talent – is absolutely the right thing. Within Bam I’m not leading the women’s employee response resource group, it’s led by Adam Harding our southeast regional director, who’s passionate about diversity and gender equality. He refers to his daughters quite a lot, and says how important it is for him to know that if they wanted to go into construction it would be a great place for them to work, they would have an equal opportunity and they would be valued for maybe coming at things with different ideas.

What would be your advice around women who are thinking of making that next step or asking for more responsibility?

Feel the fear and do it anyway is a very good book that I read. It was quite inspiring, because you should just get on with it. Men don’t have second thoughts. Somebody said if they read a job description, they can get like 70% of it and think ‘oh, yeah, I’ll go for that job’. As a woman, you read it and think ‘no, no, yes, yes, yes, yes, yes and then think ‘oh, but I can’t do that and that so I won’t apply’. Whereas that wouldn’t even cross a man’s mind, they would just apply for the job and see how it goes. I think that is the kind of attitude that sometimes women don’t have, and they should, they should just keep pushing.

Could you expand on the initiatives and targets that Bam has put in place in terms of gender parity and goals?

By 2025 Bam wants to have 50% women employees [we’re currently at 35%] and 15% from a BAME background are the headline targets. A few years ago, we started with a diversity and inclusion steering group and the first thing we did was benchmark ourselves using the National Equality Standard just to see where we were and what good looks like. Since then we’ve got a lot of awareness training and senior management training on unconscious bias. More recently we looked at how we recruit and using some gender neutral software has increased the number of female applicants by 15%, just by phrasing the adverts differently. We are now recruiting more women than we’ve ever done before and 40% of new joiners are now female.

Of course, diversity isn’t limited to things like gender parity – what else is Bam doing?

We’ve also set up employee groups covering all aspects of diversity, not just women. And those groups are starting to have an impact. We’ve joined WISE and Stonewall, so the feeling around the company is changing with far more awareness. We’ve got a lot of cultural change happening now behind [everything we’ve been doing].

I think the companies that are taking it seriously are the ones who are setting the targets, who are measuring diversity and are having a lot of activity around it. The ones who are really going to make a difference are questioning their culture and they’re saying this is still not right [and won’t be] satisfied with 35% [female employees].

Peter has worked for Barbour ABI since March 2019. Beginning in the Barbour Product Search editorial team, he then moved into the Barbour ABI Marketing team in late 2019, mainly focusing on writing and content creation.

As Content Marketing Manager, Peter now heads up the Barbour Product Search editorial team and continues to focus on content strategy and creation across Barbour ABI.